A downloadable Roguelike Platformer for Windows, macOS, and Linux

Aura of worlds is a creative tactics rogue-lite platformer. It has a strong focus on exploration, improvisation and manipulating the environment to your advantage. You progress through utilizing your wits, reflexes and a plethora of innovative abilities.

Procedural levels range from pursuing toxic pollen; to flooded passages lined with explosives; to bosses spanning the entire labyrinth.
There are multiple solutions to every problem. For example, if there is a laser force field trap in front of you do you...:

Early Access:
Aura of Worlds is under active development.  Things are subject to ongoing content additions and improvements; with updates posted about once every 2-5 weeks (notification in game).
NOTE: Steam keys are now available to everyone who purchased the game this up until the end of May.

Don't worry though; the game has gone through trial by fire across over 1000 players at conventions (like PAX), developer meetups and testing groups over the years.

Buying the game now entitles you to:

Unsure if this is your kind of game? Like to see what others have to say first?

Check out our Wall of Press coverage for let's plays and articles :). Note that the game has improved much since  then; with many more refinements since.

On Windows you will need: 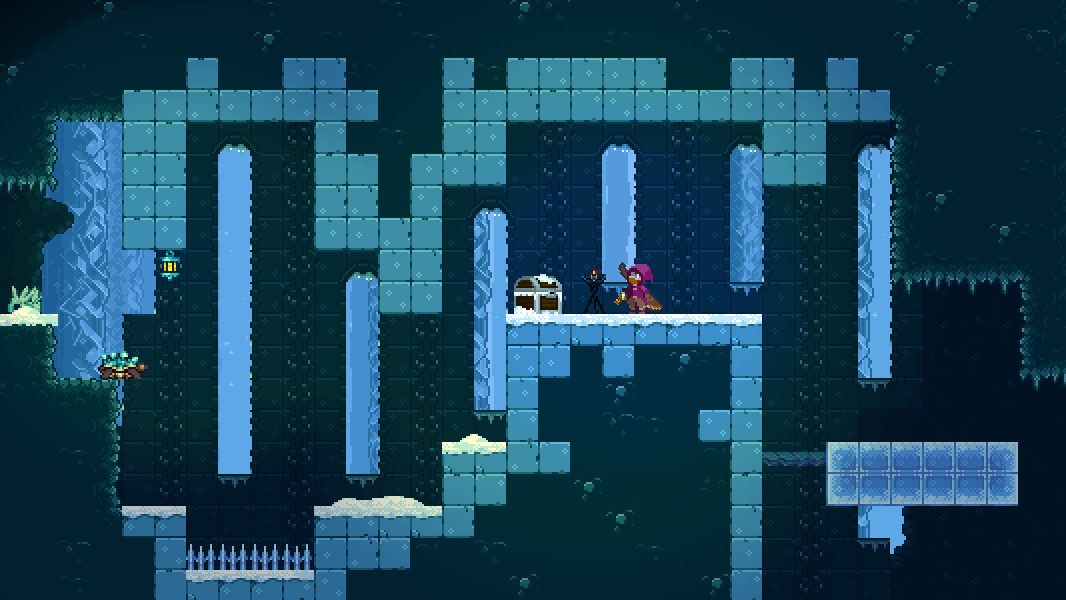 In order to download this Roguelike Platformer you must purchase it at or above the minimum price of $12 USD. Your purchase comes with a Steam key. You will get access to the following files:

(This game deserves more recognition.  I'd like to try to contribute to that by posting the review I wrote four years ago after originally purchasing and playing this.  The game has only gotten better since then.)

This game's humble "indie platformer" aesthetic belies a mechanical depth that you will rarely find elsewhere. Where many roguelites try (and fail) to present their players with a toolset and challenges that will enable and necessitate lateral thinking, Aura of Worlds succeeds spectacularly.  Items, abilities, hazards, and enemies all have intuitive interactions with one another that produce complex and organic scenarios, and success is as much a matter of wits as it is a matter of reflexes.

Individual items and abilities in Aura of Worlds are so densely packed with utility for creative problem solving that the game hearkens back to classics like Deus Ex and Dishonored (the developer cites Dishonored as an inspiration on the Steam forums, but I drew this conclusion on my own before reading that post).  I don't invoke those names lightly.  The differences between character starting backgrounds (classes) are subtle at first glance but can produce profoundly distinct playstyles. It's hard, it's fun, you will die and feel stupid, you will succeed and feel clever.

That means a lot.

In truth, we've made no income on Itch.IO in 2022 so far (due to visibility), but players like you make the build worth updating :)

Please check out the dev log for the updates.
Much has been added and refined up to and including version 0.97.X:
https://cognitiveforge.itch.io/auraofworlds/devlog

I played the game and liked the over all feel and had lots of fun. Thank you for the amazing game.

Thanks so much for playing and for the video 🏆!

Localization to more languages like Italian is something we want to do in the future.
Though extending the gameplay and unlockable content is our focus at present.

We'll have another update out this month...

So when the little red damage numbers pop up on screen do they pop up when the player takes damage and when the player damages enemies? They seem to be red numbers for both and it's kinda confusing me.

Also does anyone know how much HP the player starts with, is it 100hp? 200hp?

Hi GHOSTofWILL
The player has 200 HP on Moderate difficulty; Or 160 HP on hard.

Thanks for the feedback on damage numbers; we'll separate them into magenta (enemy) and red (player)

Also we've addressed your feedback in the latest patch (0.64.3); among some other things:

Thanks for answering my questions and thanks for addressing the damage number thing so quickly. Awesome work and great game, keep it up!  :)

I'm not much of a platformer or RPG player, but this game has had be hooked for hours. A unique mashup of what's out there. Also has some nice and tight controls which always feels good.

Thanks for your support @hebdomad!

Really fun game, the controls are really smooth and the boss fights are challenging but not impossible. The various weapons and powers feel good to use, the grappling hook and sword being my favourite combo. The art style is makes me think of Out of This World and makes me want to explore all the levels.

Thanks for your feedback and support BobbitWyrm :D

Had some fun with this.  Full of surprises and consistently fun.  Reminds me of some of my favourite old school platformers, but luckily this one has less flaws.  Worth a look for anyone that likes grapple hooks, prince of persia or spelunky.

Thanks for your support ireadtabloids!

We'll continue to update the game on a regular basis :).
Have a fine festive season :)

Pretty awesome game! A lot of variety to enemies and the setting. What I love the most about that you can tackle the challenges the way you want. And being given random equipment always keeps it fresh every time you start, you try to figure out how to master your tools. Looking forward to full release.

Thanks so much for your support Raven :)!

This is such a fun game! so many ways to play it which I really appreciate. I cant wait to see more of this beautiful game.

Thanks for checking out our game at PAX in October Lenamon;
as well as helping us spread the word :)!

Great game! Congratulations on the launch :)

Finally beat the Bronze Soldier. Well, actually he dealt the killing blow to himself when he charged my shield causing a stalactite to fall on him dealing 45 damage :)

It was great seeing this at PAX Aus, now to see if I can make it past level two...

It was great to see you at both GX And PAX;  thanks for buying the game at the latter.
Your visual novels are amazing and I love the art style and narrative of Death of Magic :).

Interesting :)...
I'm a fan of roguelites like TowerClimb, Spelunky and Downwell

I remember seeing an early impressions review of your game a while back.
What changes have you made since?

We've added quite a few  since the review from GameTurtle:

We're fans of the 3 games you've mentioned to; having spent 50-100 hours finishing each in turn. Haven't quite beat Downwell on Hard yet though; nor gotten all 7 legendary fragments in the challenge run for TowerClimb (brutal boiler being the main roadblock right now XD). Glad you mentioned TowerClimb as it was actually the first roguelite platformer we played (even before Spelunky and Rogue Legacy) back in 2013 :)

TowerClimb is grossly underrated...never quite got the attention it deserved.
As for the 7 fragments run (which I'm also yet to finish): brutal boiler isn't too bad; after a lot of practice winchshot becomes second nature (albeit infuriating if you don't reorder the levels to practice ;)). The arcade was the hardest for me (damn stun./zap blocks are hard to predict/outrun).

EDIT: Neat game;
Reminds me alot of TowerClimb, Catacomb Kids or Spelunky with the depth of interactions (though a fair bit more forgiving and quite different). TC is still my favorite; but I look forward to seeing how Aura develops :)

Thank you :)! We have much more content for you over the coming weeks.

Also thanks for leaving a review; it really does help the project to get noticed :).

Finished up with PAX a couple of days ago
https://cognitiveforge.itch.io/auraofworlds/devlog/13961/pax-australia-2017

Back to updating the game and sharing articles  :)

Hi Folks :)
We'll be exhibiting the game at PAX Australia from the 26th-30th of October and so our responses may take longer during this weekend.

We will however endeavour to respond to comments as soon as possible :). 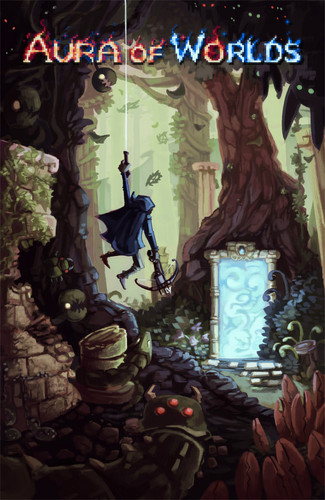 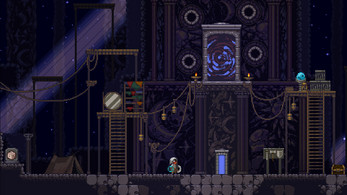 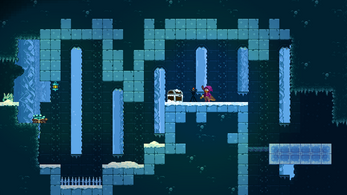 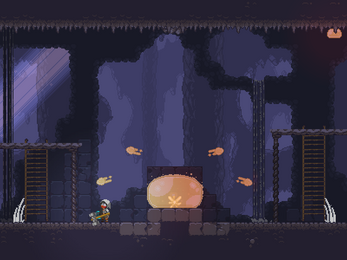 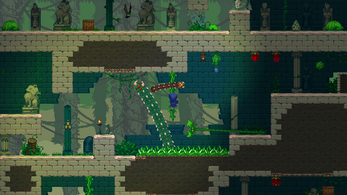 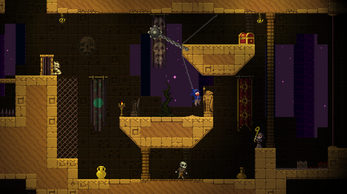